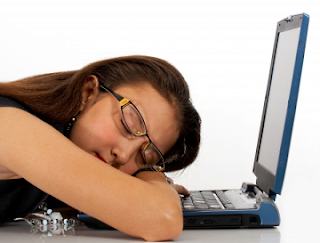 Judy rang to tells me, "I can't stand it anymore, it takes minutes to get a WEB page up can you do something about it".

She was experiencing extremely slow internet speed and to exacerbate matters the  telecommunication carrier was shaping her download link speed because some mystery process was consuming all the bandwidth.


Her internet setup had been working for years and for some reason, all of a sudden theings were changing for the worse.

However to exacerbate matters I had made a rash and now seemingly a bad decision. I assumed the Thompson ADSL modem had developed a fault so I bought for her a new ADSL model/WiFI router. The new router seemed to have improved the situation marginally but not dramatically. One thing the new router did highlight was it dropping millions of packets and due to errors.

So the ADSL link was dropping packets between the telecommunication carrier and the modem and the retries of packet handshaking was probably the cause of the bandwidth being consumed.

The telecommunication carrier had tested the link and they assured us the link was satisfactory.

Figure One shows the exact topology of Judy's system. The wall socket had a ADSL filter fitted with a telephone and cable modem plugged into its inputs.

The cable modem was in a spare bedroom with a long cable between the filter in the passage and the ADSL WiFI  router modem highlighted in green above. The computer was connected to the ADSL WiFI router modem with a short LAN cable.

Now I suspected the long cable between the filter and Modem was the cause of the dropped packets.

A solution was to remove the long cable and put the ADSL WiFI router modem on her telephone table in the passage where I could plug it into the filter with a short cable.

I brought a spare WiFI dongle with me and connected the computer to the ADSL WiFI modem via the WiFI dongle. The WiFI link should be orders of magnitude quicker than the ADSL cable speed so the new WiFI link between the WiFI router and computer should not pose any problem..

So the culprit all this time was the long cable between the ADSL filter and the modem. The system originally worked  satisfactory for years but it seems that the cabling was no longer viable.This was actually a better solution as now the ADSL WiFI Modem is now more centrally located allowing Judy to use her WiFI connection throughout her house.
Posted by Technical Blogger at Tuesday, May 12, 2015